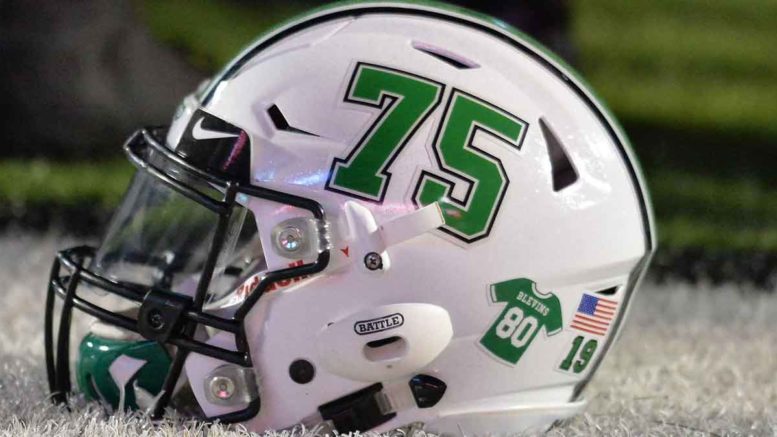 Six of Marshall's 10 games will now be played in Huntington this season.

The Colonels will be led by first-year coach Walt Wells, who was announced as EKU's head coach on December 9, 2019. The team went 7-5 last season, including a 5-3 mark in the Ohio Valley Conference.

"We're happy to get that sixth home date on the schedule," said Marshall Director of Athletics Mike Hamrick. "Our players, coaches and staff are looking forward to hitting the Joan C. Edwards Stadium turf on September 5 to get the 2020 season underway."

The athletics department has been in regular contact with university, local and state officials to develop guidelines and procedures for fan attendance at its 2020 home games. Further information on that front will be communicated as it comes available.

Thundering Herd, Pirates to face off in Greenville, N.C.

HUNTINGTON – Marshall and East Carolina's football game, originally scheduled for Sept. 5 in Greenville, North Carolina, then moved to "Week Zero" (Aug. 29), has now been re-scheduled for Sept. 12, the two schools announced Friday, Aug. 14. The change was made necessary due to the ongoing COVID-19 pandemic.

Marshall and East Carolina have been forever linked since the tragic crash of Southern Airways Flight 932 on Nov. 14, 1970, which claimed the lives of all 75 aboard following ECU's 17-14 home victory earlier that afternoon.

The events of the day were depicted in the 2006 Warner Bros. motion picture We Are Marshall, starring Matthew McConaughey.

The two schools have met 15 times previously, with ECU winning 10.

One of Marshall's victories was a thrilling comeback win in the 2001 GMAC Bowl, which saw the Herd emerge with a 64-61 double overtime victory on the arm of MVP Byron Leftwich, who passed for a bowl-record 576 yards to bring MU back from a 38-8 halftime deficit.

"We are grateful to (Athletic Director) Jon Gilbert and everyone at East Carolina University for their efforts in making sure this game stayed on the schedule due to the tremendous significance for both institutions," said Mike Hamrick, Director of Athletics at Marshall. "Our people, our universities and our football programs will forever be linked by the tragedy that occurred 50 years ago."

One other scheduling note: Marshall Athletics has announced the cancellation of the Sept. 19 football away game against the Ohio Bobcats after the Mid-American Conference (MAC) postponed fall sports. Patrons who purchased tickets for this game will be refunded.

“Their football program has been outstanding and it could be argued that they were the best Group of Five team last year,” Hamrick said. “They had a win at North Carolina and a win at South Carolina. They’re a formidable opponent and we’re excited to have them come to The Joan.”

Last year, Appalachian State Mountaineers finished 13-1 as champions of the Sun Belt Conference and ended the year ranked No. 19 in the Associated Press poll.

Call the Marshall Ticket Office at 800-THE-HERD during normal office hours for any ticket-related questions for the 2020 football season.

To follow all Thundering Herd sports and get live stats, schedules, and free live audio, download the Marshall Athletics App for iOS or Android.

No spectators for WVU Sept. 12 opener vs Eastern Kentucky

Be the first to comment on "Marshall opens against EKU Sept. 5 at The Joan"