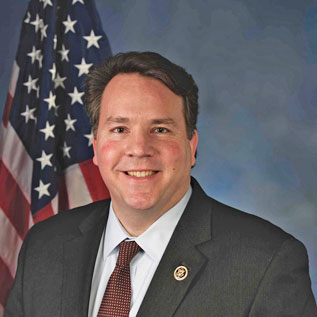 CHARLES TOWN – It can easily be said that fighting for political principles and against socialism is in Congressman Alexander “Alex” Mooney’s blood. His mother was a Cuban refugee and his father served in Viet Nam.

“My mother was born and raised in Cuba. The communists came and put her and many of her family members in jail because they didn’t support Castro’s Communist regime,” Rep. Mooney  told The INNformer during an interview earlier this week.

“My mother raise me and my siblings to be really involved in the political process. She came to this country when she was 20 and it’s why when I see government getting so big and things like Facebook banning free speech for people who are conservative, or Twitter banning a couple of my congressmen colleagues, that I really start to worry about our freedoms here in this country.

“My father was a feisty Irishman from New York’s Long Island who served as a captain in the U.S. Army. My father followed politics avidly and talked about it a lot to us. He was a conservative,” the 50-year-old four-term congressman explained.

“That’s who raised me. A Viet Nam veteran father, who fought the communist advance in Viet Nam, and a mother who literally lost her country to the communists. So people shouldn’t be really surprised that I’m willing to fight against socialism in this country,” he added.

Raised in Frederick, Maryland, after graduating high school Mooney earned a B.A. in philosophy from Dartmouth College and interned for U.S. Rep. Ed Royce (R-Cal) then was on the staff of Rep. Roscoe Bartlett, a member of the Tea Party Caucus from Maryland. Later he worked as a legislative analyst for the House Republican Conference.

From 1999 to 2011 Mooney served in the Maryland State Senate, being elected in the Third District in the western part of that state. In 2010 he was also elected chair of the Maryland Republican Party, a post he held until 2013.

“I was a state senator for 12 years in western Maryland,: he said. “We still have the freedom to move, so I exercised my freedom to move in 2013 and came to West Virginia. I describe myself as a ‘West Virginian by choice’,” he said as he explained why he left the predominantly liberal state and moved with his wife and three children to Charles Town in Jefferson County.

In the Maryland senate, Mooney represented part of Washington County, one of the three westernmost counties that last year explored seceding from Maryland to join the Mountain State.

In 2014 Mooney first won West Virginia’s 2nd Congressional District, which had been held by Shelley Moore Capito before she decided to run for U.S. Senate. He defeated six other Republicans in the primary, finishing first in 15 of the 17 counties that made up the district.

Saying he considers his greatest accomplishment passing and standing with President Trump as he signed the Tax Cuts and Jobs Act in 2017. “I am proud of that. It created economic growth and we finally made our tax code competitive here so that jobs could come back from overseas and it did exactly what the Republicans said it would,” Mooney said.

Turning to his concern over how governmental policy can sometimes have unintended consequences, Mooney said another one of his successes dealt with ending an Obamacare rule that seemingly promoted opioid addiction.

“Under Obamacare, doctors would actually get penalized, they would lose part of their reimbursements, if the patient didn’t get the drugs they wanted. There was something called the Patient Satisfaction Survey and if a patent saw a doctor and complained they didn’t get what they wanted, which were proscription drugs – some of which are very addictive – they would complain and doctors would be penalized,” he explained.

After meeting with some doctors and healthcare workers from West Virginia and being told that, statistically, 70 percent of people who became addicted to drugs started out on prescription drugs, Mooney said he introduced a bill that would give healthcare providers the ability to control what they prescribed. “One way to prevent drug addiction is to not get people on drugs to begin with and not to prescribe addictive drugs unless they really need it.”

Obama’s U.S. Department of Health wouldn’t change the rules until after my bill passed the committee unanimously, then they saw the writing on the wall and changed the regulations to the exact language, word for word, of my bill.”

Mooney said he voted against the recently passed Infrastructure Investment and Jobs Act, noting only about one-third of $1.2 trillion bill would go for what is considered traditional infrastructure. “We can fund transportation without bankrupting the country. The problem with the $1.2 trillion is that it’s more than we can afford and most of it didn’t even go for transportation.”

Looking to the future, Mooney said he is concerned about the direction the country is heading. “This is my eighth year in Congress and I worry about our freedoms. Even the freedom of speech. On the internet those that control it, like Facebook and Twitter, seem to think they can censor speech, especially from conservatives. I have spent a lot of time looking at legislation and co-sponsoring bills that would protect free speech. It kind of relates back to my mother losing her country. In communist countries you don’t have free speech and you can’t disagree with the government,” he said.

“If you are looking for someone who will actually fight, I am a fighter. I don’t buy into the ‘go-along, get-along, compromise your values theory.’ I am going to fight for conservative values and West Virginia,” Mooney concluded.

Be the first to comment on "* Alexander X. Mooney, R, Charles Town" 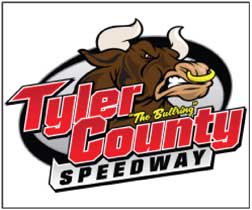 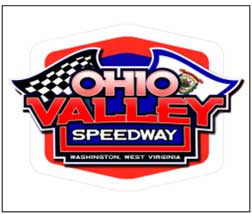