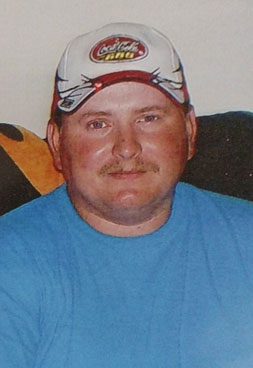 WEST UNION – In many respects Mike Seckman is a good example of a new class of politically active Republicans in the Mountain State. Once a Democrat, the plain talking 46-year-old Republican Congressional candidate overcame a traumatic childhood and developed confidence in himself and the determination to make a difference.

“I want to prove people wrong. I was told growing up that I wouldn’t amount to much and I am proving them wrong. I am capable of doing this,” he told The INNformer during a recent interview.

Born in Clarksburg and spending his early years in Anmoore, Harrinson County, Seckman moved to Doddridge County when he was 11 years old. The product of a dysfunctional home, his father was an alcoholic, he dropped out of high school and was on his own by the time he was 16, first living with his grandparents then at several different locations.

“I didn’t have a steady household and dropped out of high school while in the 11th grade, when I was 17,” he explained, noting that at 19 he had earned his GED, getting a perfect score in two of the four categories on the standardized test, despite not taking any of the GED classes.

Currently employed as an HVAC technician for a New Martinsville contractor, Seckman said he started out working odd jobs, including at a grocery store in Salem then a marble factory in Pennsboro. He later earned certifications in the heater, ventilation and air conditioning trade and became a licenced journeyman electrician, owning his own business for five years. “I would still be in business if it wasn’t for COVID,” he lamented.

Married to wife Mindy since 2004, having two grown step-children and building his own home,  Seckman said he first registered as a Democrat. “It was the party of John F. Kennedy and represented the blue collar,” he said. “I left the Democrat Party after President Obama’s first term. Some of my buddies figured him out from the get-go, but for me it was when he went on his ‘kiss-ass’ tour across the world, apologizing for being American, that did it for me.”

While this is Seckman’s first run for public office, he has been an avid follower of politics since 2000. He decided to run for congress out of concern for West Virginia’s future. “For one thing, both of the Congressmen in the race can’t run on jobs. Since 1999 the Ohio Valley went from empire to a ghost town, pretty much,” he said. “Between 2010 and 2020 we lost over 60,000 people. Last year I almost jumped ship and could have moved to Florida, but decided to stay. I was born here and love it here.”

Among Seckman’s concerns are illegal immigration and bringing jobs back to the United States. “One way or another, we need to have our borders secure. I am not against legal immigration but I am against illegal.” Using the analogy of the country being like a house, he continued: “It’s like a house with a front door and a lock. We choose who we let into our homes and we should know who we are letting into our country.” He added that a government that treats illegal immigrants better than their own citizens is morally wrong.

Favoring tariffs and seeing a link between drug abuse and the lack of good-paying career jobs,  Seckman said it is time to bring industry back to the United States. “People don’t just wake up and chose to be a junkie and Burger King and McDonald’s weren’t meant to be career jobs.

“It’s time to fight back. We have been sold out to China and as a result we can’t find any parts,” he said, drawing on his HVAC experience. “Tariffs may raise prices but most people are willing to pay a little extra for something made in the U.S. The stuff we get from China is junk and there is no quality control.

“There has to be a way to get people to build more factories here,” he said, adding he believes once jobs come back people would be able to find a purpose in life and be less inclined to get involved, or continue, drug abuse.

On social issues, Seckman said he takes issue with how Critical Race Theory and socialism are creeping into the education system, noting the current administration is treating it like a joke. “We’ve lost common sense, where the hell is common sense. We are teaching kids to hate each other.

“I am all for capitalism and while I don’t claim to be the most religious, we need more God in our lives,” he said. “Washington has sold me out and I have a problem with that.

“We could be on the edge of World War III and we are in a vulnerable state. It’s a serious situation and it’s scary times we live in,” he cautioned.

Seckman also said he is against vaccine mandates, saying his wife got COVID twice despite being fully vaccinated.  He said he also opposes the consolidation of the healthcare system that eliminated competition and limits the ability to chose healthcare options.

“Being elected is a long shot for me,” Seckman admitted. “I want people to know it’s not about money. It’s not about power. It’s about giving the working people a voice.”

Be the first to comment on "Mike Seckman, R, West Union"