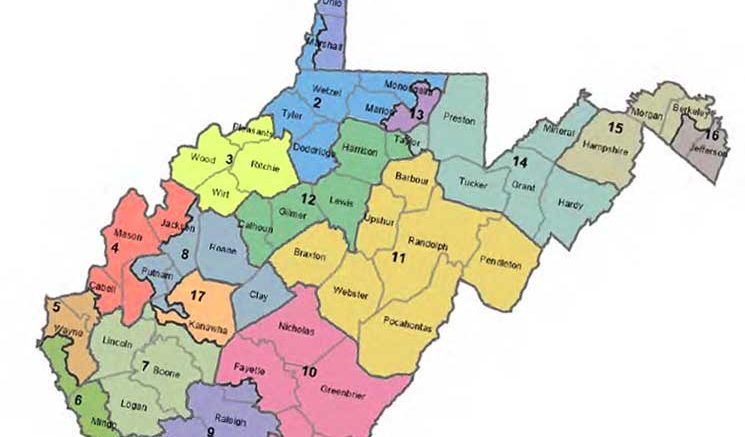 Editor’s note: This is a reprint of the pertinent portion of Charles Winslow’s Fall 2021 article about redistricting in West Virginia. Redistricting occurs every 10 years based on U.S. Census population. West Virginia lost population in the last decade and, thus, lost a seat in the U.S. House of Representatives.

In West Virginia, the new congressional district map [below] approved by both houses of the state legislature, splits the state into a northern and southern district, with the southern district as the First District and the northern as the Second District. Previously the northernmost district was the First and the southern part was the Third. The old Second District, which ran from the Eastern Panhandle through the middle of the state to the Ohio River and included Charleston, was eliminated. 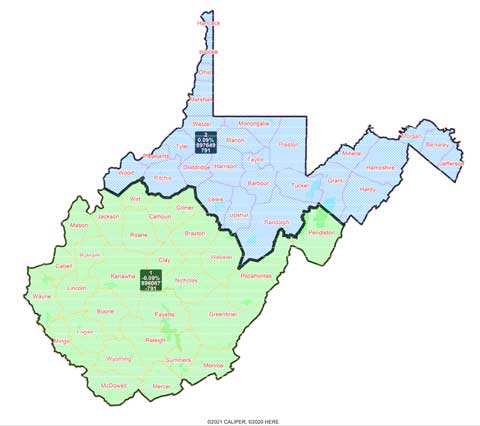 The new Second District will include everything north of Pendleton, Pocahontas, Webster, Braxton, Gilmer, Calhoun, Wirt and Jackson counties and includes both the Northern and Eastern Panhandles. The new district also includes the residences of both current First District Congressman David McKinley, and Second District Congressman Alexander Mooney. Both have announced they will run in the 2022 Republican primary against each other. 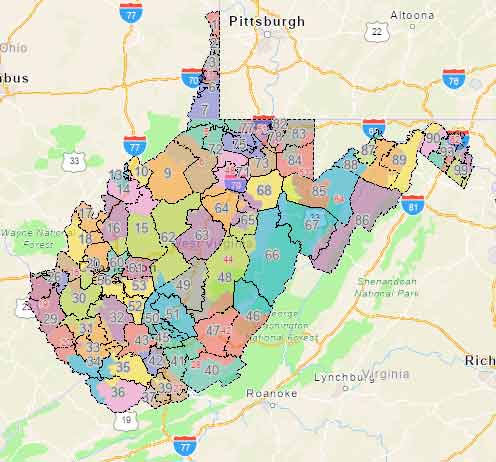 With the new map each district will generally be geographically smaller and represent about 18,500 people.

Under the previous plan multiple-member districts were primarily concentrated in areas with higher population densities and benefited the area’s majority party by allowing for coordinated campaigns.
Locally the new maps will radically alter district lines. Currently District 6, represented by Del. David Kelly (R-Tyler) encompasses all of Tyler and Doddridge counties and a small chunk of Pleasants County. District 7, represented by Trenton Barnhart (R-Pleasants) is made up of the majority of Pleasants County and all of Ritchie County. District 5, represented by Del. David Pethtel (D-Wetzel), includes all of Wetzel County and a small section of Monongalia County. 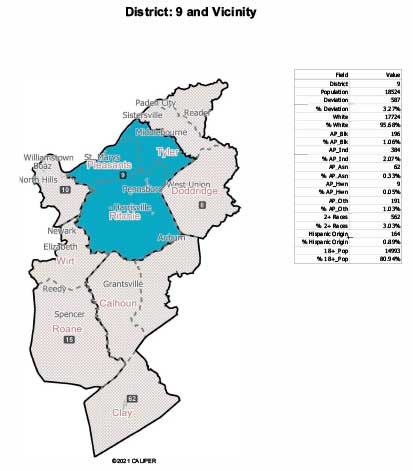 With redistricting, both Wetzel and Tyler counties will be subdivided. The southern half of Tyler County, roughly from Route 18 south, will be grouped with all of Pleasants and Ritchie counties as the new District 9. The new District 8 includes the northern part of Tyler County, including Sistersville and Middlebourne, all of Doddridge County and about a third of Wetzel County, including Paden City, and out Route 20 to Reader.

Wetzel County will be divided into four districts. The northern part of Wetzel County, including New Martinsville and Hundred will be included in District 7, which includes a majority of Marshall County. The remaining section of Wetzel, including Pine Grove, Jacksonburg and Smithfield, will join with part of Harrison County to form District 72. A small section to the east of Hundred will be added to District 77, which is dominated by Monongalia County.

Kelly, a Republican in his second term and lives in Pursley, Tyler County, has announced he will run for re-election in the new District 8. He told The INNformer: “I am looking forward to the privilege of continuing to serve the people of my portion of Tyler County as well as all of Doddridge County. I would also like to welcome the great folks of my part of Wetzel County. Together, we can continue to make West Virginia and District 8 a better place to live, work, and raise a family.” 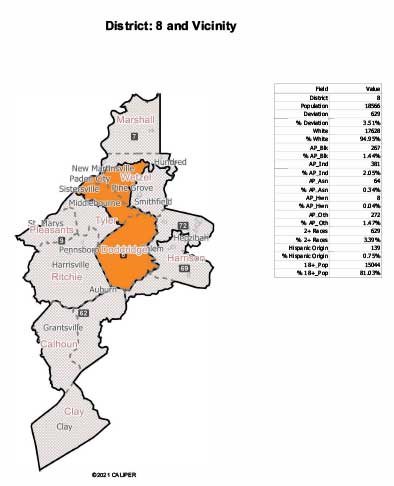 Barnhart, the Republican Delegate who has represented District 7 since being appointed to the seat in 2019, also is seeking re-election to the new District 9. “As far as the new district, I have quite a bit of familiarity with it. My dad taught at Sistersville High School and Tyler Consolidated. I am excited to meet people, know their concerns and get to know them.”

Pethtel, the current delegate for District 5 has decided against running for re-election. “In all likelihood Wetzel County will never get anyone elected to the House of Delegates, regardless of party, under this plan,” Pethtel said, pointing out that in all four new districts Wetzel voters will be outnumbered by voters in other counties.

After his announcement in the House Chamber that he would not seek re-election [which sparked a standing ovation by his colleagues for his 30 years of service] 70-year-old Pethtel then threw his support to Del. Lisa Zukoff, (D-Marshall) who has represented the current District 4 since 2018. “I plan to support Lisa Zukoff. I feel like she is the best bet to win that seat. 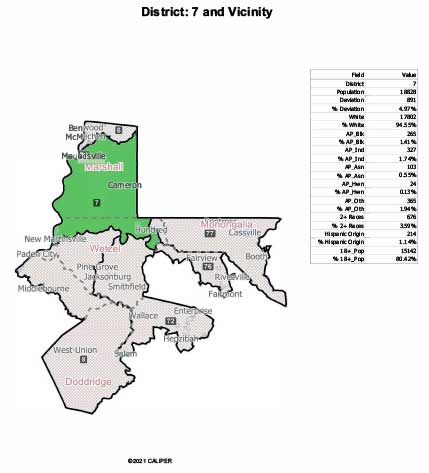 “When I saw what they did, dividing Wetzel into four districts with Zukoff and me in the same district I knew it was time to retire and will not seek reelection,” he added.

The West Virginia Senate is comprised of 17 districts each with two senators.  The number of districts remains the same, but some boundary shifts were made to reflect the change in population density within the state. Each district represents roughly 105,000 people.

Locally, Senate District 2, currently represented by Republicans Charles Clements and Mike Maroney, will retain a smaller slice of Marshall County, along the river, and include all of Tyler, Wetzel, Doddridge and Marion counties. It will lose the western section of Monongalia County and also shed Ritchie, Calhoun and parts of Gilmer and Marshall counties.

The House of Delegates Oct. 13 approved redistricting 79 to 20, with one absent; the Senate redistricting passed the upper house 31-2 Oct 19. 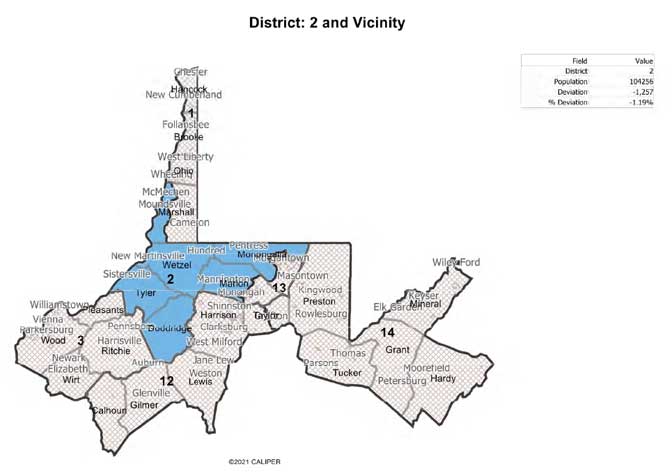 Be the first to comment on "West Virginia redistricting refresher"