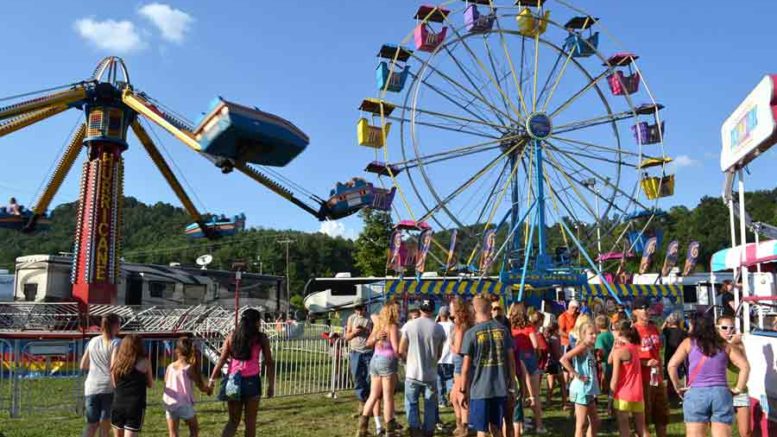 CHARLESTON – Gov. Jim Justice held a virtual ceremony Thursday, Aug. 13, to award more than $1.5 million to a total of 330 fairs and festivals across West Virginia to help organizers and communities bridge the gap in a year where such events were forced to be canceled.

“We know with this pandemic, we had to close our fairs and festivals,” Gov. Justice said. “It was the prudent thing to do, but it was still a tough thing to do because I know how important these events are to all of us.

“So the next thing that comes up, several of the people who run these events came to me and said that, because of a lack of funds and lost revenue, we could be on the verge of losing as many of half of these events,” Justice continued. “There’s no way I was going to stand by and let that happen. So what did we do? We went back to work to find a way to keep them going.”
The $1,566,388 announced today will reimburse 330 fairs and festivals for the dollars they would have received out of the State budget to hold their respective events.

Of the total amount, $300,000 would be provided to support the State Fair of West Virginia.

“Our fairs and festivals are the fabric of our state in lots of ways,” the governor said. “They bring in millions and millions of visitors. Imagine the economic impact. Think about all the joy and goodness centered around these events.

“They’re our identity,” he continued. “That’s why today is such a special day.”

Another round of grants were to be announced Tuesday, Aug. 18, in support of fairs, festivals and similar events in West Virginia not included in the first round.

History: Time to garden once again, despite drama

Be the first to comment on "$1.5M awarded to West Virginia’s fairs, festivals"