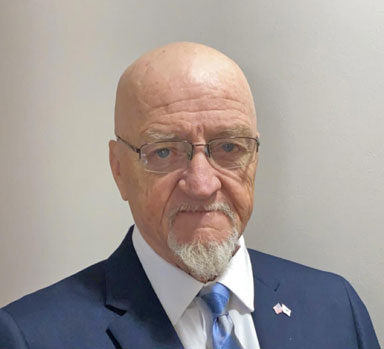 Dave “D-Bob” Roberts is announcing his candidacy for re-election to the Tyler County Board of Education.
“Being on the Board has been both trying and rewarding,” said Roberts. “The Covid-19 pandemic put the entire school system in uncharted waters that took everyone by surprise. In the face of lengthy school closures, we had to learn new methods of teaching as we turned to remote learning. However, I think we came out largely unscathed, evidenced by the fact that we remain one of the best school systems in the state.”
Roberts believes he has accomplished much during his four years on the Board.
“Working with our high school agriculture department, I pushed for the replacement of the former greenhouse with a new state-of-the-art structure that has automatic temperature controls and self-watering features,” Roberts said. “I also lobbied for our own vo-tech program as an extension of the already-established ‘Ready to Work’ curriculum at Tyler Consolidated High School.
“We now partner with Washington State Community College in Marietta, enabling students to receive chemical operator certification that allows them to be hired post-graduation at area chemical plants. The Board also initiated a heavy equipment operator training course to further enhance students’ employment opportunities.”
Another curriculum initiative supported by Roberts was the remote pilot training course that teaches students how to fly drones in pursuit of FAA certification.
“This program creates another avenue for future employment prospects for our students,” Roberts said.
If re-elected, Roberts will focus on the schools’ music departments.
“We already have one of the most accomplished music departments in the state. I would like to see us add a strings section to our curriculum that I believe will take us to even higher levels,” Roberts explained.
Additionally, Roberts wants to work with state officials to secure funding for a second bridge at the Tyler Consolidated complex. “I believe this will alleviate traffic congestion and provide another emergency access to and from the campus,” he said.
“It has been a pleasure to serve the citizens of Tyler County as an un-biased member of the Board of Education,’ Roberts said. “This learning experience confirms my belief that academics should be our first and highest priority to keep our schools moving forward.”
A lifelong resident of Tyler County, Roberts is a 1971 graduate of Tyler County High School. As a U.S. Air Force veteran, he served in Southeast Asia during the Vietnam War era. After being honorably discharged, Roberts attended West Virginia Northern Community College for two years.
He is married to Leona “Cookie” Roberts, a 1976 graduate of TCHS. They live in Middlebourne and have two grown children, Nicholas and Sarah, both graduates of Tyler Consolidated High School. They have one granddaughter, Sadie, a student at A.I. Boreman Elementary.
Roberts retired from PPG/Axial with 37 years of service. He also served on the Natrium Federal Credit Union Board of Directors.
He currently sits on the Board of Directors for the Council of Senior Tyler Countians, Inc. In 2016, Roberts was named Tyler County Senior Citizen of the Year.

Be the first to comment on "* Dave ‘D-Bob’ Roberts, Tyler County Board of Education"